Skip to content
Take any lazy autumn morning after the duck season opens, when the sun is shafting down through an early morning haze and the leaves are turning the countryside into a painter’s paradise. Imagine a quiet slough, surrounded by a few gentle hills … quiet, that is, except for the odd labored breathing from two hunters wading through the thick gumbo at the edge of the slough, dragging a huge gunnysack of heavy wooden duck decoys between them while perspiration drips down their backs. Imagine the men to be John L. Feusner Sr. and his duck hunting partner, and you have the story of the birth of a multi-million dollar idea . … the collapsible rubber duck decoy . . . and the beginning of a rubber products manufacturing business started 67 years ago. 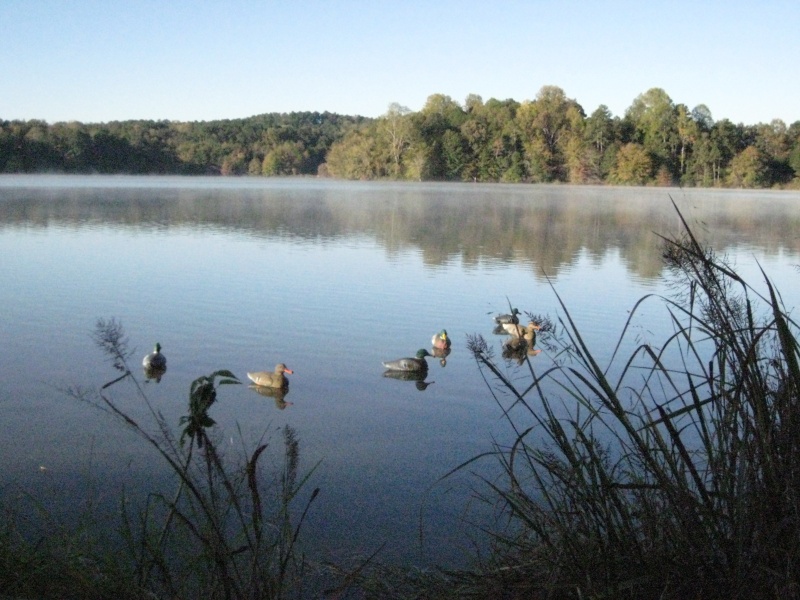 Mr. John L. Feusner Sr. established Intermountain Rubber Company in Salt Lake City Utah to manufacture Deeks , the worlds first mass produced duck decoy, bringing a high quality, reasonably priced, easy to carry and set-up duck decoy to the average duck hunter. The business flourished during the pre-war years with sales of Deeks rubber duck decoys exceeding 45,000 dozen duck decoys annually by 1940. With the start of World War II and the American involvement in that conflict, production was stopped as all Natural Rubber supplies were allocated to the war effort.
Mr. Feusner enlisted in the United States Navy for a 4 year period and proudly served his country during the war years. With the coming of peace, he returned to Salt Lake City and began to pick up the pieces of his fledging rubber manufacturing business.
Business again flourished. The post war years saw the product line expand to include the DuraDuck rubber duck decoy, goose decoys, gun pads and bellows for bird calls. By the middle of the 1950’s rubber glove production was added to the factory in Salt Lake City. As the business expanded, so did Salt Lake City. Mr. Feusner found it necessary to relocate the company. In 1960 Mr. Feusner relocated the business to Salem, Oregon.
In 1972, Mr. Feusners’ son, John L. Feusner Jr. joined the company. In 1974 Mr. Feusner Sr. retired from the business at the age of 67. The decade of the 1970’s saw the business continue to grow and expand. Many new products were developed and introduced. In 1983, Mr. Feusner Jr. was approached by ANSELL with the intent of their purchasing certain assets of the business. A successful sale was completed between ANSELL and Mr. Feusner Jr. Mr. Feusner agreed to work with ANSELL for a few years to help them during the transitional period where they melded the assets purchased into their business.
By 1988, Mr. Feusner Jr. had fulfilled his obligations with ANSELL regarding the sale in 1983. Mr. Feusner was then able to concentrate full time on the continued growth of the business.
Manufacturing capacity was expanded several times in Salem Oregon resulting in the current facility of over 40,000 square feet of “state-of-the-art” manufacturing, R & D, and corporate offices. In 1999, Mr. Feusner established a manufacturing facility in Tecate Mexico. This facility has over 40,000 square feet of manufacturing and office space. The Tecate facility provides a low-cost manufacturing facility located in North America a short 45 minute drive from downtown San Diego California.
Today, ISA CORPORATION is a multinational company with over 80,000 square feet of manufacturing, engineering, design, R & D, and office space, capacity in excess of 100 million dipped parts annually, “state-of-the-art” production equipment, fabrication facilities, and executive management with well over 100 years of combined experience, knowledge and expertise in all areas of the rubber dipping industry. Jason Feusner, the grandson of Mr. Feusner Sr. is actively involved with the company representing a “Third Generation”, 67 year family history in the rubber business.